Home building across the nation expanded the fastest in places with the shortest commute times, according to the quarterly NAHB Home Building Geography Index (HBGI) released today. The HBGI also shows the suburban shift in new home construction to low density, low cost markets stemming largely from the COVID-19 pandemic and first reported in the second quarter of 2020 continued into 2021.

“The first quarter HBGI indicates that home building not only continued to overperform in lower cost markets like suburbs and exurbs, but also expanded the most rapidly for single-family and multifamily construction in areas with the shortest commutes,” said NAHB Chief Economist Robert Dietz.  “As workplaces increasingly adopt hybrid work models for roughly 30-40% of the American workforce, renters and buyers will have increased market power to minimize travel times and reduce both housing and transportation cost burdens.”

With a nationwide mean commuting time of 26 minutes, the latest HBGI shows that single-family home building was the highest in the top two (longest) commute quintiles, with a combined market share of 63.6%. Growth in the first quarter of 2021, however, was strongest in the bottom quintile (shortest commutes), with four-quarter moving average year-over-year growth rates of 22.2%.

In other words, while longer-commute areas have a much greater market share in single-family home building, the single-family construction growth rates in the first quarter of 2021 were strongest in the areas with the shortest commuting times.

Continuing a trend from the beginning of last year, the HBGI indicates that low-density, low-cost markets continued to outperform other regional geographies with respect to home construction at the start of 2021.

“With the shift to telework brought on by the COVID-19 pandemic, housing demand continued to show the strongest gains in lower density markets in the first quarter as people have flexibility to live further out and even outside some metro areas,” said NAHB Chairman Chuck Fowke.  “Given the regulatory burdens and lack of lots in higher density, higher cost markets, builders are better able to meet demand in suburban, exurban and rural areas because of the lower cost to build.”

Regarding the suburban shift for home building, the first quarter HBGI found that: 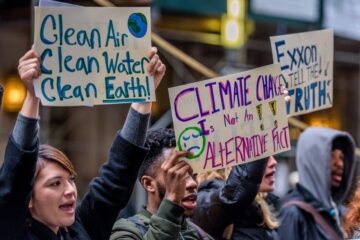 Environment, social and governance (ESG) investing is rapidly evolving and soaring—in popularity, performance and tools. But will it make a difference in corporate behavior? Investing is no longer just about financial returns. It’s about the Read more… 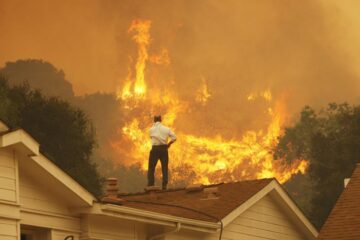 Is It Time For A National Climate Service?

We receive weather forecasts and warnings from the National Weather Service, and the National Ocean Service provides critical information about the ocean. Both organizations fall within the National Oceanic and Atmospheric Administration (NOAA). Increasingly, climate services are recognized Read more… 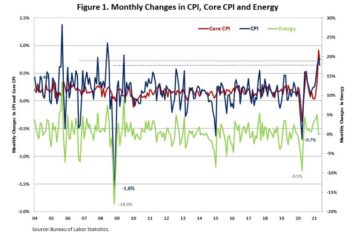 Consumer Prices Rising at Fastest Pace in a Decade

Consumer prices continued to rise in May, supported by increases in housing costs. The Bureau of Labor Statistics (BLS) reported that the Consumer Price Index (CPI) rose by 0.6% in May on a seasonally adjusted basis, following Read more…