The remnants of Hurricane Ida devastated parts of the northeastern United States, including New York City. While the weather forecasts accurately sounded the alarm days in advance, this extreme event took its toll on one of the most populous cities in the world. In the aftermath, journalists started emailing scientists like me asking about climate change connections. For me, I like to discuss the humanitarian and weather aspects of disasters like this in the short-term. However, it’s now time to discuss the human impacts on the floods in New York City.

The first inclination is to make a beeline to anthropogenic climate change. Ok, let’s start there. The relevant points are that physics tells us there is likely some connection to the warming atmosphere. Dr. Ashleigh Massam writes on the JBA Risk Management website, “The atmospheric moisture content increases with respect to a change in temperature – essentially, the warmer the atmosphere, the more water is held in the atmosphere, and therefore higher rates of precipitation can be expected.” This is a simple statement of the Clausius-Clapeyron relationship between temperature and water vapor. Massam goes on to say that, “According to the Clausius-Clapeyron relationship, atmospheric water content increases by between 6 and 7% per 1 °C.”

The most recent U.S. National Climate Assessment report has consistently shown that the rainfall events in our country have changed. Average rainfall events have changed by about 4% since 1901, but there is significant regional variability. However, people and society are most impacted by extremes like the New York flooding. Here’s where it gets worrisome. According to the 2018 report, “For heavy precipitation events above the 99th percentile of daily values, observed changes for the Northeast and Midwest average 38% and 42%, respectively, when measured from 1901, and 55% and 42%, respectively, when measured with the more robust network available from 1958.” The report also warned that the Northeast and the Midwest will continue to see the largest increases in heavy rainfall events (additional increases beyond 40% are projected by 2070 to 2099).

Even with climate change, some human impacts that amplify flooding get overlooked. We all learned about the components of the water cycle in school – condensation, evaporation, runoff, infiltration and so on. Impervious surfaces (parking lots, roadways, and such) increase runoff of rainwater into nearby streams, stormwater drains, and rivers. Guess what this does? According to a U.S. Geological Survey (USGS) website, “As watersheds are urbanized, much of the vegetation is replaced by impervious surfaces, thus reducing the area where infiltration to groundwater can occur. Thus, more stormwater runoff occurs.” Such rapid runoff (and reduced infiltration) results in increased chances of more severe and frequent flooding.

My colleague Professor Brian Bledsoe articulates another challenge (and opportunity). Bledsoe, the director of University of Georgia’s Institute for Resilient Infrastructure Systems (IRIS), wrote in the Washington Post, “The future is unknowable, but investments in hybrid systems of traditional “gray” and natural “green” infrastructure that work together along with nonstructural measures such as insurance reform, zoning, buyout and relocation can improve outcomes across a wide range of future scenarios.” IRIS, which I am also affiliated with, is exploring some of these concepts in partnership with the U.S. Army Corps of Engineers through their Network for Engineering With Nature (N-EWN).

Bledsoe is pointing to challenges related to our engineered environment. Many mitigation strategies and stormwater management systems in cities like New York or Atlanta are outdated. They are engineered based on what Bledsoe often calls “stationarity,” or the assumption that heavy rainstorms falling on New York City in 1965 look like ones that do today. They don’t and our stormwater management systems are quickly overwhelmed.

Flooding is not just a function of what falls from the sky. 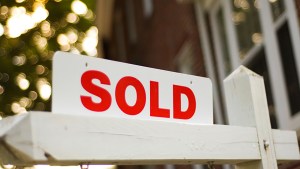 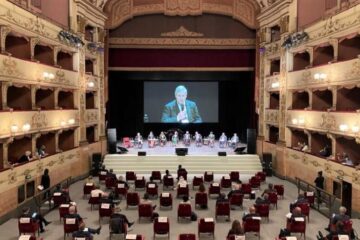