The Climate Crisis Will Change the Way We Eat

The most compelling images of climate change—cracked, drought-devastated soil, raging wildfires, and flash floods—are all persistent reminders that the Earth is tunneling into the danger zone. But climate change is affecting us in more insidious ways, too. It may not feel like it, but our food is already grappling with its effects.

Extreme weather patterns and increasingly frequent natural disasters are affecting crop production and all this spells inevitable changes in the foods and tastes that we have come to know and love.

If you want to keep your morning coffee routine, wine nights, and daily rice bowls, here are a few more reasons to care about climate change. Below are some staples that may be irrevocably affected.

Rice is the staple crop for over half of the world’s population, especially common in Asia. But because of rising sea levels, saltwater has been seeping into more fields around the world, turning the soil salty and making it nearly impossible to grow rice. Studies predict that coastal areas currently housing 1.3 billion residents will be inundated with seawater in the next 120 years.

Even where soil salinity isn’t high, rice production is also seriously affected by unpredictable rainfall—rice is a water-intensive crop. Scientists are now trying to develop rice strains that are more drought- and flood-tolerant.

At the same time, rice production contributes to global warming through significant methane emissions. Scientists are now looking at ways to keep cultivating rice, minus the greenhouse gases.

Our obsession with a soul-satisfying cup of joe is both an intricate art and sometimes an anxiety-inducing pursuit. But global warming is seriously threatening coffee farms. We have already seen its effects through rising coffee prices this year, after a severe drought in Brazil drastically reduced crop yields.

On the other hand, higher rainfall and humidity make coffee plants especially vulnerable to the fatal “coffee leaf rust” fungus, which debilitates the plants from yielding crops. A coffee leaf rust epidemic that swept across Central America cost the jobs of 1.7 million farmers from 2011 to 2017.

According to a 2016 report by the Climate Institute, the global area suitable for coffee production is expected to be halved by 2050—less than 30 years from now.

Another food that scientists are desperately trying to save is chickpea. Commonly found in hummus and dal, chickpeas are an important protein source for over a billion people, especially in South Asia and sub-Saharan Africa. But due to deliberate cultivation of the crop over thousands of years, most modern chickpeas have been stripped of their genetic diversity. This makes the crop less resistant to droughts and extreme heat brought about by climate change—annual chickpea yields may be reduced by up to 50 percent because of drought, according to scientists. In an attempt to enhance global chickpea security, scientists have been trying to reintroduce genetic diversity to the beloved legume by hunting wild chickpeas.

Environmental changes at vineyards are reflected in the taste of wine, and climate change is posing fresh challenges to grape growing, making it more difficult for famous wines to retain their characteristic flavors.

For example, grapes that are exposed to wildfire smoke for extended periods of time may result in smokey overtones when they’re processed into wine. A hint of smokiness may be an interesting addition to its flavor, but too much of it can taste like “licking an ashtray,” according to Anita Oberholster, an enology specialist at UC Davis who studies the effects of smoke taint. 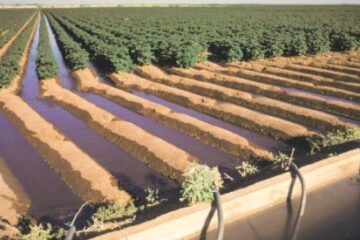